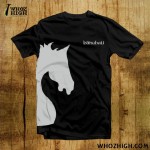 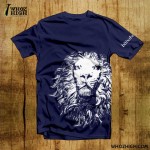 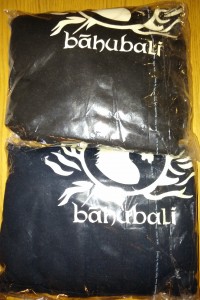 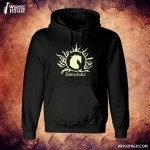 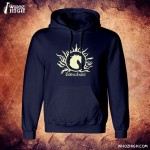 I recently purchased the “premium pack” edition of A. R. Rahman’s awesomely epic Kochadaiiyaan soundtrack album from Amazon. Their description of the product is only the following:

They do not tell anything about the shirt or what are “Hits of A.R. Rahman,” so I decided to find out as it wasn’t too much more expensive than the T-shirtless edition of the soundtrack. Previously I had seen pictures only of this shirt which would have been nice, but unfortunately this was a simpler one. As the official product descriptions are quite poor, I photographed the contents of the package for the case that someone else is wondering which edition would be the most appropriate to buy.

Everything was in a box that got little crumpled in the mail.

The CDs are packed in a case that is the same size than most of the South Indian DVD cases.

The soundtrack and “Hits of A.R. Rahman” are on separate CDs.

The shirt is just a common white T-shirt with black text “Superstar Rajinikanth / Kochadaiiyaan / The Legend.” No wonder it wasn’t very expensive. The shirt’s size is M so it is a little too small for me, but as the graphics are so simple, it might be easy enough to print the same text on a larger white shirt.

There is also a Tamil advertisement of Thor 2 and some other Hollywood movies.

“Hits of A.R. Rahman” includes the following 30 songs. I hadn’t heard about any of them before. They seem to be from Tamil films of 2000s and 2010s but nothing from Sivaji or Enthiran.